The development or premature development of male secondary sexual characteristics caused by male sex hormones (androgens) excessively produced by the adrenal gland. This disorder can occur before birth and can lead to sexual abnormalities in newborns. It can also occur in girls and women later in life.

Boys will gain sexual maturation faster than their peers, and girls can have male secondary sexual characteristic. 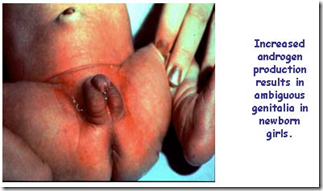 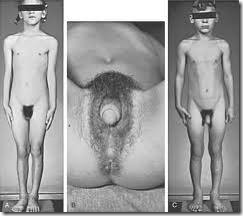