Diseases & Evaluation of the Hypothalamo-hypophyseal axis

Endocrinopathies are classified as primary, secondary, or tertiary.

Therefore, from the evaluation of concentrated urine, low plasma osmolality and hyponatraemia can diagnose SIADH. Observe the 2nd graph, the black arrow indicates when the DDAVP is administered. Upon administration, patient with CDI (Cranial) urine osmolality increases. Whereas, NDI (nephrogenic) the osmolality remains low.

Due to lack of GH. Due to this, pituitary dwarfs will present as:

Gigantism & Acromegaly
Only difference is acromegaly still will be able to cause excessive long bone growth due to open epiphyseal plate.

Other problems of growth hormone excess:

After excluding stress, pregnancy and drugs which will also cause increase in plasma prolactin levels, confirmation of hyperprolactinemia. Next will be to do a neuro-radiological assessment of the pituitary gland, to look for tumour. As discussed in pituitary tumours , the mass effect of the tumour will compress the pituitary stalk, which will cause increase prolactin production and release, this phenomenon is ‘stalk effect’.

As a basic recap,

In the case of maternal iodine deficiency –> may cause neonatal hypothyroidism/ cretin. 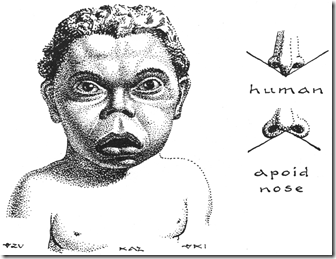 Hyperthyroidism can cause thyrotoxicosis (Grave’s disease)

If TSH not suppressed: Tumour (autonomous)

Panhypopituitarism is the deficiency in pituitary hormone production. The sequence of loss of hormonal secretion is as follow:

Find out the Nine I’s from Greenspan.
+ Genetic causes