Taken from emedicine: (revise boundaries with snells)
Introduction to skull base anatomy:
The skull base forms the floor of the cranial cavity and separates the brain from other facial structures. This anatomic region is complex and poses surgical challenges for otolaryngologists and neurosurgeons alike. Working knowledge of the normal and variant anatomy of the skull base is essential for effective surgical treatment of disease in this area. 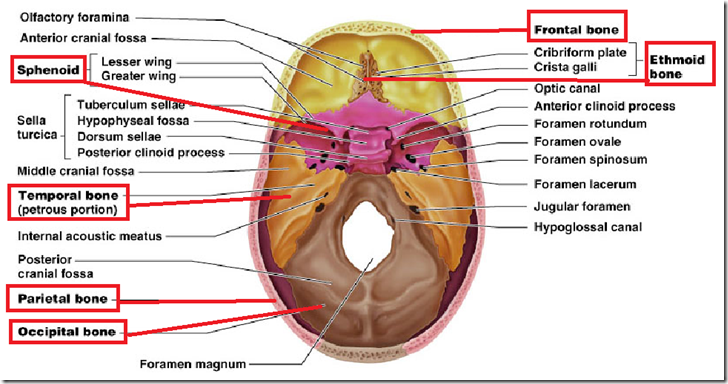 The 5 bones that make up the skull base are: 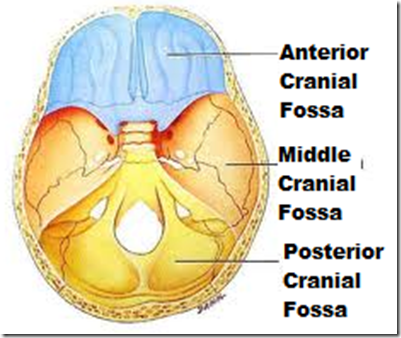 The skull base can be subdivided into 3 regions: 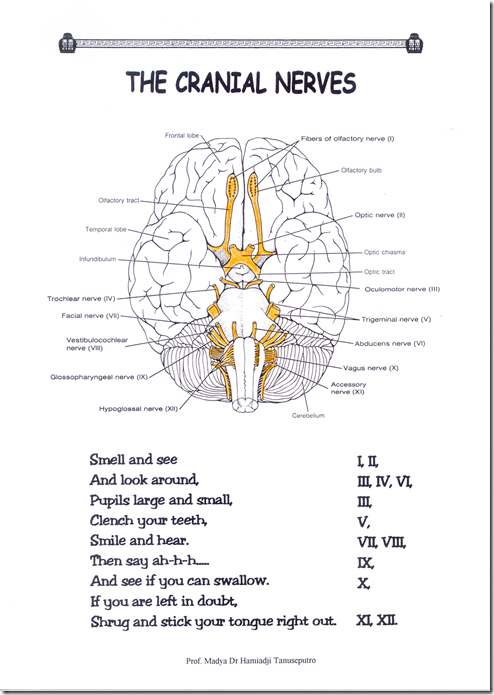 Origin of the 12 cranial nerves

Foramens of the Cranial Fossae & Structures passing through it 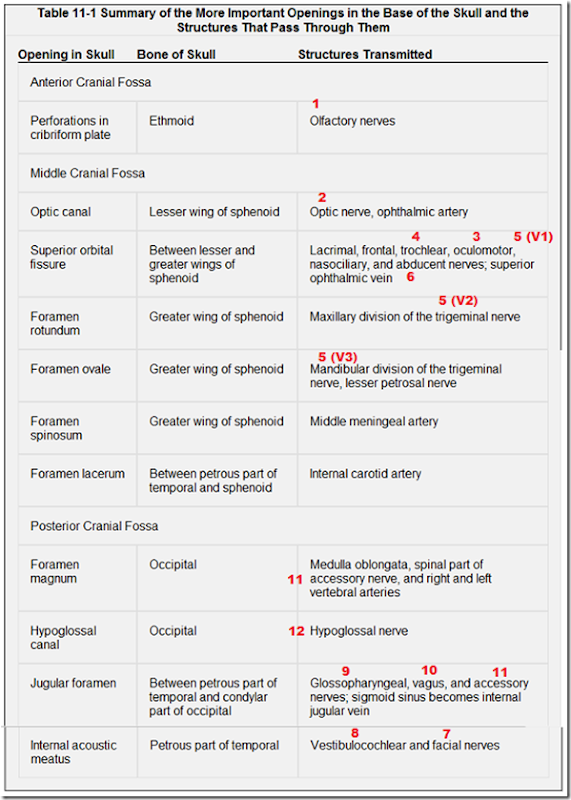 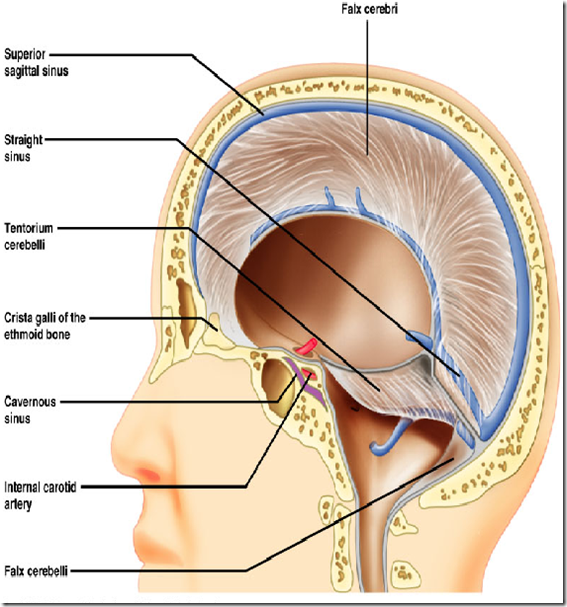 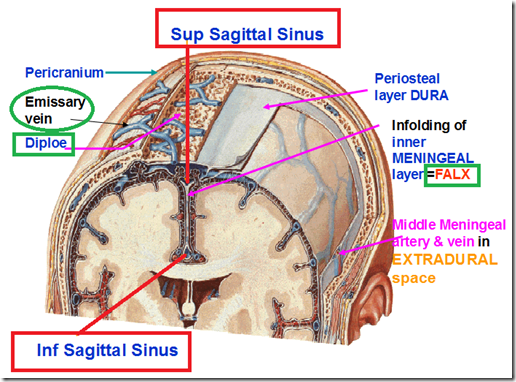 Coverings of the brain

Venous drainage of the brain 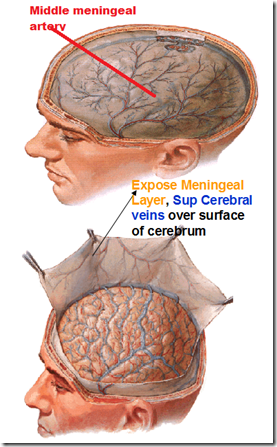 Sequence of venous drainage of brain 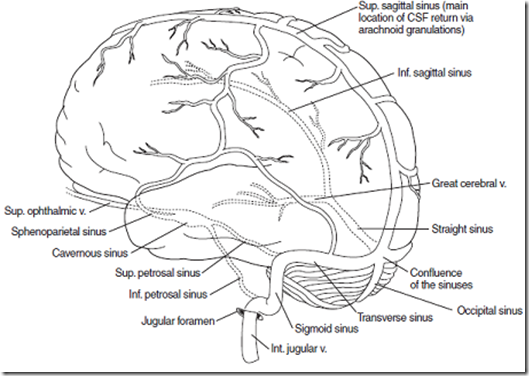 Starts from the right side
Superior cerebral vein pierces the arachnoid, inner dura mater, and drains into the superior sagittal sinus 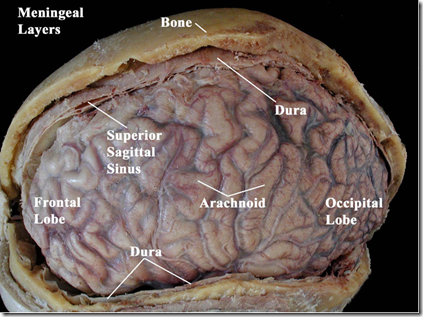 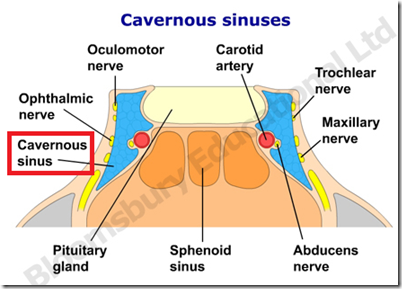 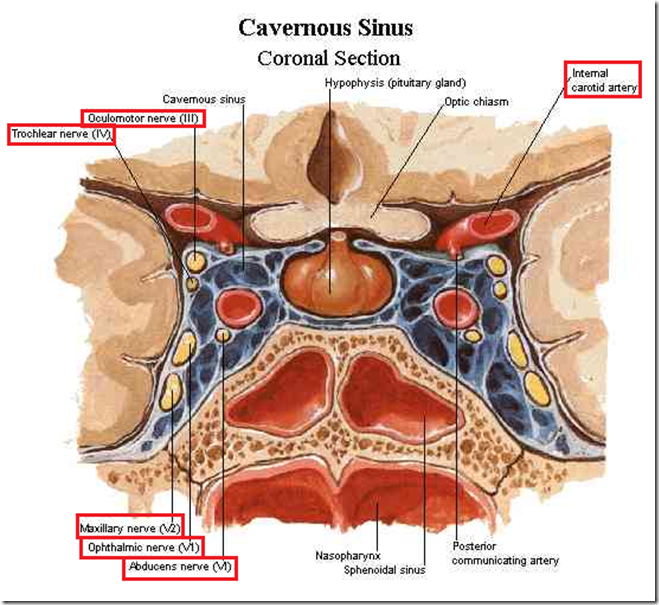 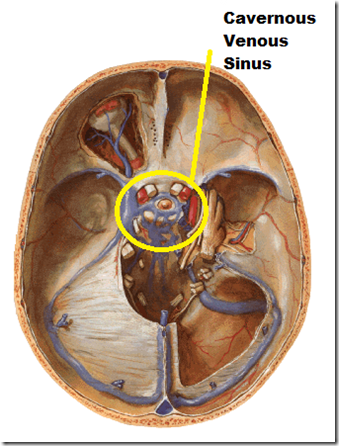 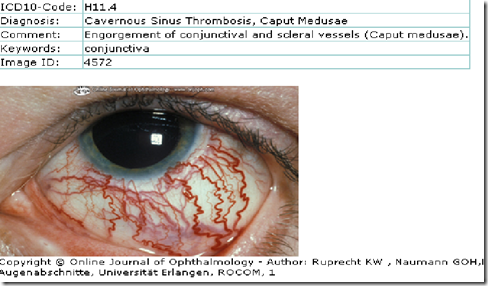 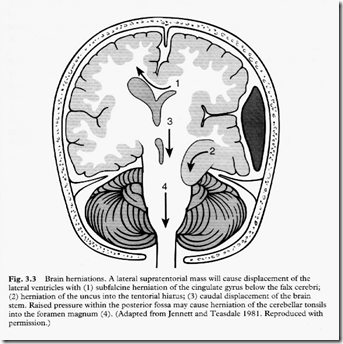 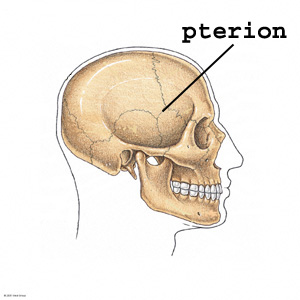 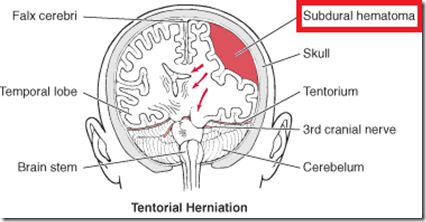 _________________________________________________________________
Questions:
1) A construction worker suffers from a head trauma from a fall on the job. In the emergency room, a clear sticky fluid emerges through the nostrols. A weeks later, the patient notices that he has lost his appreciation of the smell of food.
What bone may have been fractured to account for these symptoms?
Answer: Ethmoid bone (beneath it, the olfactory nerve)
2) A 26 y/o woman had been always visiting her family physician for frontal headaches, that are resistant to medication. The patient had irregular menstrual cycles and also noted that she was losing her peripheral vision bilaterally. MRI reveals a tumour in the anterior cranial fossa.
What structure might the tumour be compressing?
Answer: Optic nerve (due to pituitary adenoma, near the optic chiasma)

Sutures of the skull & Frontanelle