Sutures of the skull & Frontanelle 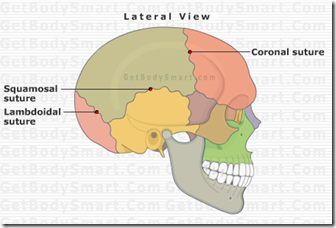 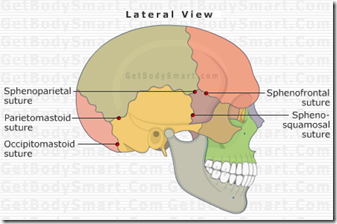 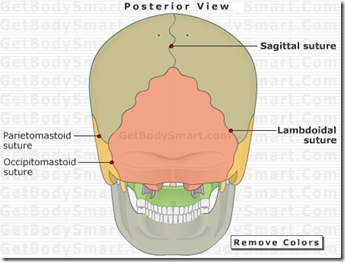 The skull bones are made up of external and internal tables of compact bone separated by a layer of spongy bone called the diploe. The internal table is thinner and more brittle than the external table. The bones are covered on the outer and inner surfaces with periosteum.

The cranium consists of the following bones, two of which are paired.

The facial bones consist of the following, two of which are single: