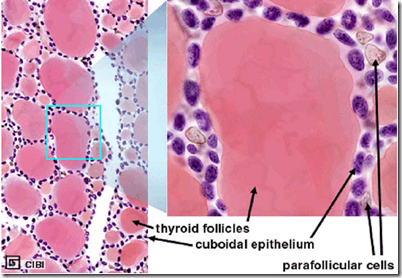 Thyroid follicular cells: Cells surrounding the follicle, there are microvilli projecting into the colloid from the apexes, with abundant endoplasmic reticulum. 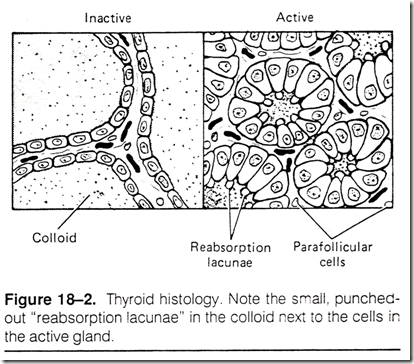 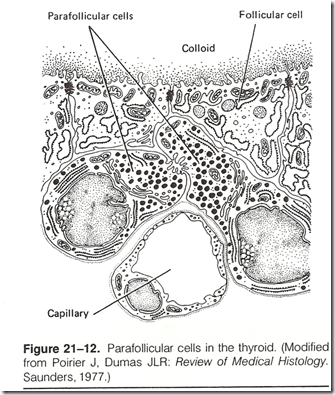 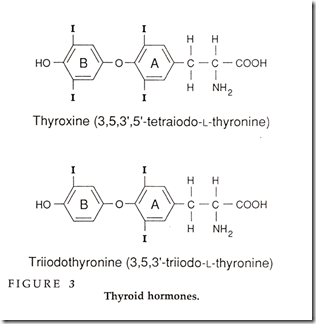 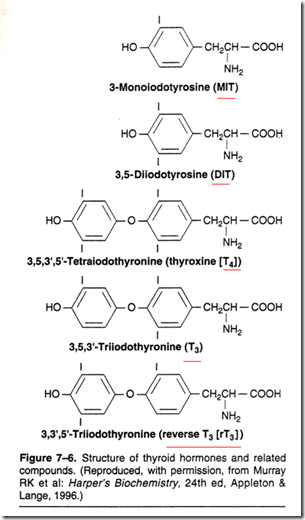 When iodine supplies are sufficient

Process of biosynthesis of thyroid hormones 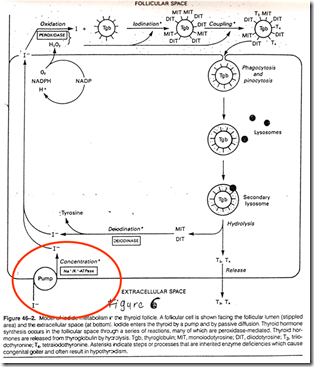 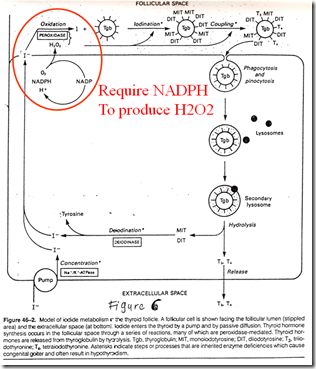 Oxidation of I- involves a heme-containing peroxidase (Thyroperoxidase) 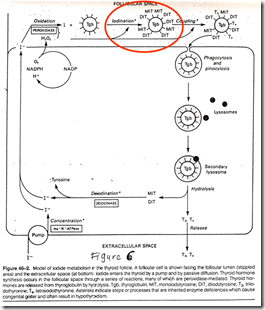 Oxidised I- reacts with tyrosyl residues in thyroglobulin in a reaction that involves thyroperoxidase.

When the tyrosyls are iodinated, forming iodotyrosyls (MIT/DIT), coupling will occur to form T3 & T4 respectively. This reaction is also catalysed by thyroperoxidase, by stimulating free radical formation of iodotyrosine. 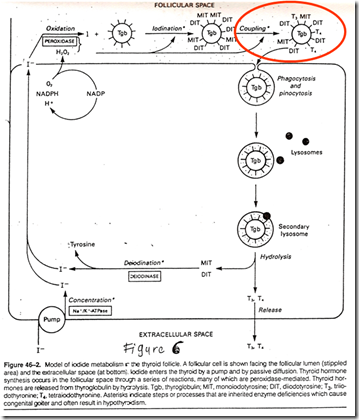 Regulated by variations in the circulating level of pitutiary TSH

Incomplete notes. For more info, read up Prof Hla Yee Yee’s lecture & Dr. Nurjahan. Diabetes: Group of diseases characterised by persistently high levels  of blood glucose resulting from defects of insulin secretion, insulin action or both. It is associated with abnormality in carbohydrate, fat and protein metabolism and a variety of complications. Types of…

Hormones of the Endocrine pancreas